The 2018 Wimbledon runner-up believes she is being unfairly targeted.

Former world No.1 Serena Williams has slammed anti-doping officials over the amount of times she is getting tested for prohibited substances. 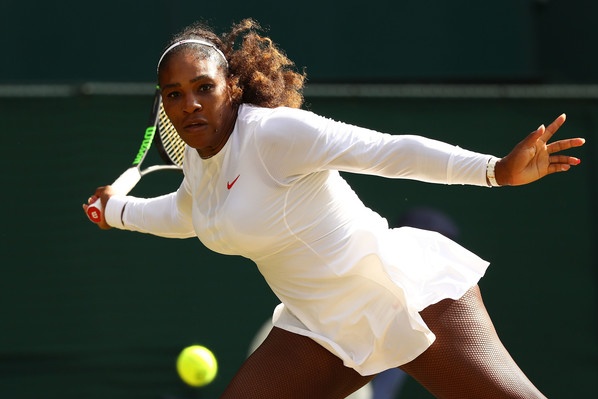 Williams, who has won 23 grand slam titles, wrote on her personal Twitter account that she believes she is being discriminated against. In June, a report by Deadspin found that Williams has been tested more times than the top five ranked American players on the men’s tour.

In June a officer went to Williams’ house to conduct a sixth doping test this year. The 36-year-old was not at home at the time and the officer refused to leave. Prompting a stand-off that resulted in no sample being taken and Williams launching a complaint to the head of the WTA, Steve Simon, over unfair targeting. The officer visited her outside of the set period that was agreed on Williams’ whereabouts form.

A month on from when the Deadspin article broke, it now appears that Williams still believes she is being unfairly treated. Writing on social media that she believes she is deliberately being singled out.

“..and it’s that time of the day to get “randomly” drug tested and only test Serena. Out of all the players it’s been proven I’m the one getting tested the most. Discrimination? I think so. At least I’ll be keeping the sport clean.” Williams wrote.

“But I’m ready to do whatever it takes to have a clean sport so bring it on. I’m excited.” She added.

During the Wimbledon championships, Williams stated that she would like to see more transparency in the anti-doping system. British No.1 Johanna Konta has also previously slammed the current system. Calling it ‘an invasive process.‘ Earlier this year, Konta confirmed that she missed a drugs test due to a misunderstanding. If players miss three tests within 12 months they have broken anti-doping rules.

“I despise having people in our sport that aren’t being honest. I’m totally okay with testing and I encourage it. I’m okay for it. What I want to know is everyone is getting tested, that we are really working to keep this sport clean.” Said Williams.