POUND CRITICALLY ON AMERICAN ANTI-DOPING BUILT ON THE RODCHENK ACT 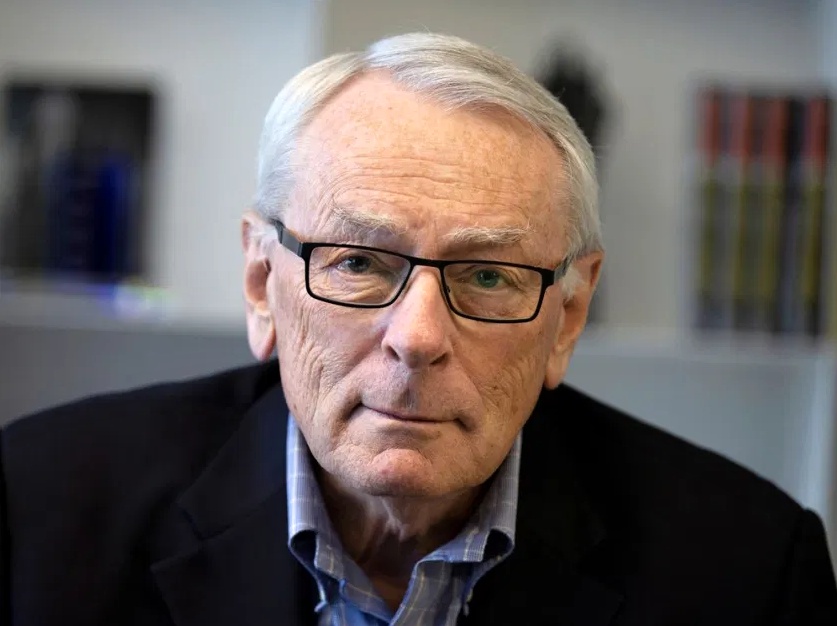 The former head of WADA hails from Ocean Falls, B.C., where he first learned about working together to achieve greatness.

Dick Pound, former famous swimmer who starts in Ocean Falls Swimming Club, the man who would go on to be a vice-president of the IOC, first president of the World Anti-Doping Agency (WADA) and a longtime opponent of Olympic corruption.

Common interest that still drives him today to defend the efforts of WADA in building a united fight against doping. „One that he fears is in peril because of pending legislation in the U.S. Doping is an insult to the idea of proving yourself to be your best solely on athletic merit“, Pound says.

“Nobody competes to lose,” he said. “But I could face the fact as a sprinter you had to get everything right. Maybe you had a bad start, something else was off. To win, you had to be perfect“.

“You don’t want the medal to go to the best chemist.”

Athletes need to believe that the best among them aren’t cheating. Maintaining common international standards for testing and enforcement, WADA’s stated purpose, is the key.

“To try and destroy WADA does not provide any additional protections to American athletes,” he said. “In fact, it increases the risk. If you don’t have a harmonized international approach to international doping, you’re going to have more and more doped athletes competing against America.”

Last year the U.S. House of Representatives passed the Rodchenkov Act, a bill that would allow American authorities to pursue legal action against the associates of drug cheats — but only international cheats. American cheats are exempt.

The U.S. Senate still has to ratify the bill, which would empower American anti-doping authorities to pursue their own international investigations, sidestepping the collective interest that WADA believes works best. The Americans themselves have been on board for much of WADA’s two-decade history.

Targeting associates will likely end up making whistleblowers even more nervous about speaking with authorities, some have argued. According to Ulrich Haas, a Swiss law professor and author of the World Anti-Doping Code, 80 per cent of WADA’s investigations started after complaints by whistleblowers.

The legislation, named for Grigory Rodchenkov, the man who headed up the Russian drug lab that was found by WADA to be running a massive coverup of Russian doping during the 2014 Sochi Olympics, is based on “intentionally inaccurate and misleading” information put together by American doping officials, Pound claimed, aiming to eliminate WADA as an enforcement agency.

“It’s unfathomable why they would do that, unless it’s some kind of a takeover bid, an untimely takeover bid, to come and say, ‘Throw your money around, we’ve put in more than anyone else,’ which is of course not true. But that doesn’t seem to bother the executive branch of the U.S. government these days,” he added.

There has been pushback against WADA from other countries too, he admitted. France, Germany and the U.K. have all had their issues with the idea of making everyone participate on the same playing field. But the results are there, he insists, citing a case from his own records: He was in charge of the probes into the Russian scheme in Sochi.

“We’re the ones that brought the Russians to heel,” he said. “Nobody else has been able to do that.”

And the idea that Rodchenkov should be commemorated in the legislation’s title also struck Pound as absurd. Rodchenkov’s face became known to many in the 2017 documentary Icarus, where filmmaker Bryan Fogel first learns about how doping works and then finds himself chronicling how Rodchenkov’s role in the Russian doping system was revealed to the world, both in Pound’s report and by the scientist himself to The New York Times.

“Why they would call this after Rodchenkov, that is beyond me. This is the guy whose business was to develop a system and impose it … And he’s sort of singing for his supper in the United States, because if he doesn’t keep singing, they may put him on a plane back to Russia.”

“This was the bad guy,” Pound said.