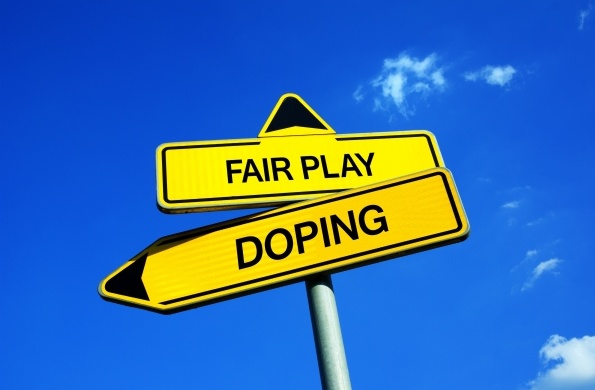 Anti-doping rules could indeed prove excessive by virtue of, amongst others, ‘the severity of (…) penalties.’ / Illustration: pravnenoviny.sk

‘The period of ineligibility shall be four years.The most significant change between the 2009 World Anti-Doping Code (WADA Code) and the 2015 WADA Code was the prolongation of the default period of ineligibility for the first anti-doping rule violation from two to four years. According to the World Anti-Doping Agency (WADA), there was a strong consensus amongst stakeholders that those who intentionally break the rules should be ineligible for a period of four years. Especially athletes sought to punish real cheaters more severely. At the same time, they aimed at deterring athletes and other persons from taking prohibited substances and using prohibited methods. Furthermore, WADA argues that there is a broad support for the four-year sanction for intentional doping.

I believe, however, that athletes might have set the trap for themselves by arguing in favour of increasing the length of the sentence. I understand the desire of clean athletes to punish intentional cheaters. Nevertheless, there is a thin line between lawful ways of enhancing one’s performance one on hand and prohibited conduct on the other hand. In other words, it is sometimes very easy to fall within a doping trap. Moreover, there are doubts about the extent to which anti-doping regulations comply with the right to a fair trial, presumption of innocence and other human rights of athletes. To sum it up, I am not sure whether athletes promoting harder punishment thought in detail about possible negative consequences that such a sanction might aptly have for their lives.

Be it as it may, while a four-year period of ineligibility punishes cheater more severely, I argue in this essay that its capacity to deter athletes from violating rules is at least doubtful. More seriously, I claim that it constitutes a disproportionate restriction on the rights that athletes derive from European Union (EU) law as EU citizens, workers, self-employed persons or undertakings. Under EU law, athletes have, in general, a right to move freely between EU member states in order to pursue an economic activity and to engage in fair economic competition. However, a four-year ban prevents athletes from practising their sport for an unreasonably long period and therefore averts their rights under EU law. I think that the otherwise legitimate objectives of protecting the athletes’ fundamental right to participate in doping-free sport and thus promoting health, fairness and equality for athletes worldwide do not justify such a severe punishment and restriction on athletes’ rights.

I am aware of the WADA’s claim that ‘the WADA Code has been drafted giving consideration to the principles of proportionality and human rights and that the WADA Code proceedings are ‘intended to be applied in a manner which respects the principles of proportionality and human rights. I respect the legal opinion of a French jurist and former President of the European Court of Human Rights Jean-Paul Costa, who sanctified the WADA Code, including the sanctions, from the perspective of the accepted principles of proportionality and human rights. Nevertheless, I believe that the period of ineligibility establishes an imbalance between WADA’ interests and values enshrined in a four-year period of ineligibility on one hand, and athletes’ rights under EU law on the other hand.

Therefore, I simultaneously try to find an ideal model formulating concrete recommendations for WADA and sporting governing bodies in order to better adapt the WADA Code and their rules to EU law requirements. Namely, I suggest a set-back to 2009 and the decrease of the default period of ineligibility from four to two years with the possibility to apply the four-year ban only in exceptional circumstances when aggravating circumstances occur. Simultaneously, I believe that WADA as well as other sporting actors should pay more attention to prevention and the dissemination of anti-doping knowledge amongst athletes rather than to focus on toughening the punishment and highlighting the deterrence effect.

In order  to justify the  aforementioned conclusions,  I divide this essay into two parts. I initially examine the development and the current system of the period of ineligibility in the WADA Code. To eliminate all initial doubts, I do not examine the legality of sanctions in concrete cases within the scale offered by various WADA Code  provisions. Rather, I focus on the general four-year period of ineligibility, which I consider illegal as such (Chapter 1). Thereafter, I dive into the analysis of the compliance of a four-year period of ineligibility with various provisions of EU law concerning EU citizenship, free movement of persons and competition. I focus on the principle of proportionality, which is, in my opinion, the decisive element (Chapter 2).

Jan EXNER, Ph.D. Candidate at the Faculty of Law of the Charles University in Prague: „ I am much obliged and I would like to thank Jan Petržela for all his time, advice and valuable comments during the work on this essay. All errors are nevertheless my responsibility. All opinions expressed in this essay are strictly personal“.