THE NUMBER OF CASES AMONG PROFESSIONAL ELITES HAS NEARLY DOUBLED

Since 2007 Mouvement pour un Cyclisme Crédible or Movement For Credible Cycling (MPCC) has been fighting for clean cycling. Last year, MPCC announced that the number of reported doping cases in cycling had remained steady, while an ever-increasing number of cases were revealed in other sports. In stark contrast, this year MPCC found a sudden increase in cycling doping cases. The number of cases revealed in 2019 amongst cycling’s professional elites has nearly doubled and cycling has risen from 13th to 5th in the list of sports most affected by doping. “Since the creation of our credibility barometer six years ago, cycling figures have never been this alarming,” said MPCC in their statement. “This year, we’re noting a clear break with the recent past. This sudden increase was equally observed in men’s and women’s cycling.” 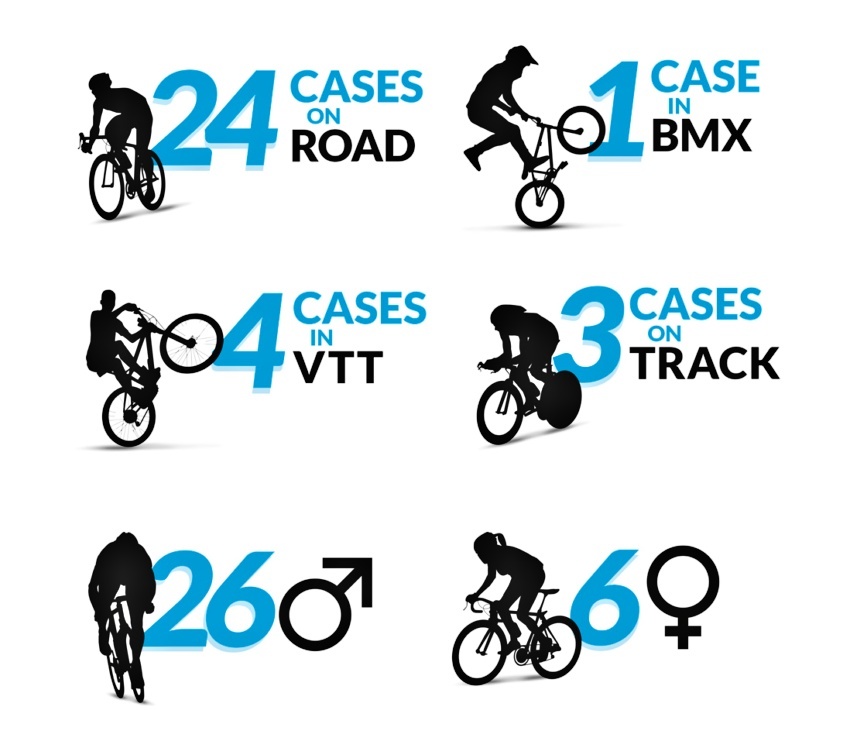 The cases were spread across discipline and gender. Photo: MPCC