International Weightlifting Federation (IWF) President Tamás Aján has resigned as an honorary member of the International Olympic Committee (IOC) after he was accused of corruption in a German TV programme.

The IOC said the 81-year-old, who served as an IOC member from 2000 before assuming honorary status in 2010, had stepped down as he “wanted to protect the reputation of his sport and that of the Olympic Movement”.

Aján was the main subject of the German television documentary Secret Doping – Lord of the Lifters broadcast by ARD on January 5, which featured allegations of corruption, both financial and in anti-doping procedures.

The Hungarian official stepped aside as IWF President for 90 days following the documentary, the content of which was described by the IOC as “very serious and worrying”.

Aján denies wrongdoing and the IOC said he had “offered his resignation whilst rejecting in the strongest possible terms allegations recently made against him in a TV programme”.

“At the same time, Mr Aján explained that he had realised that these allegations are overshadowing Olympic preparations and Olympic competitions in his beloved sport of weightlifting,” a statement from the IOC read. 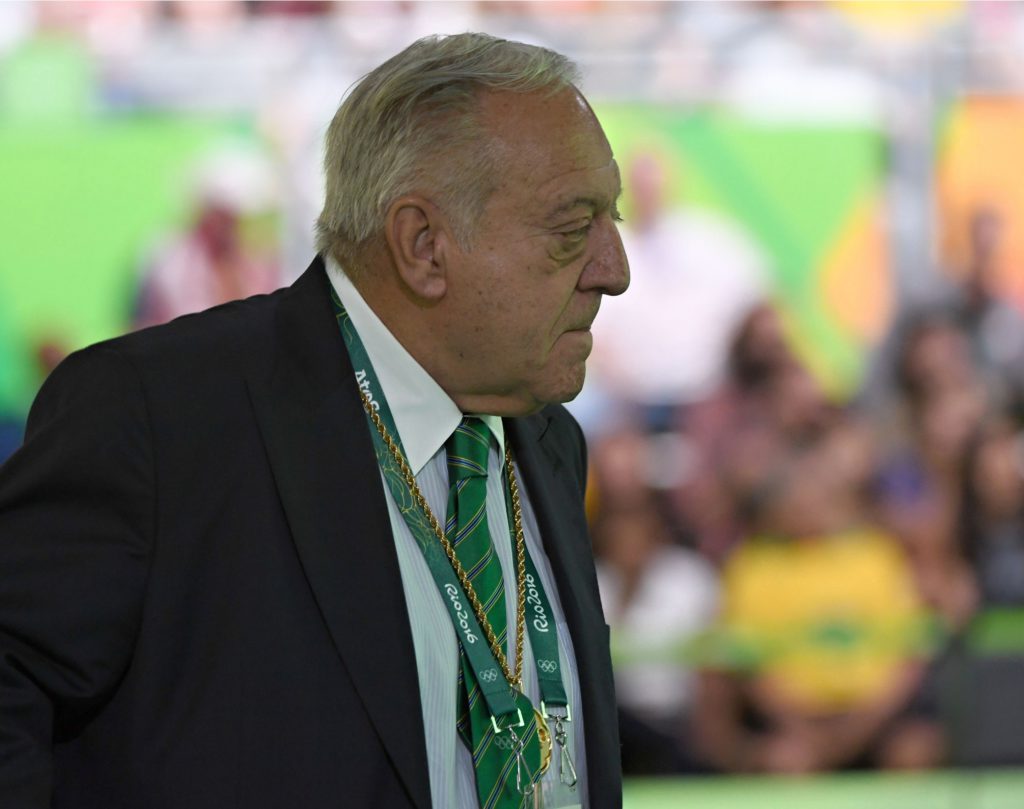 “For this reason, with his resignation he wanted to protect the reputation of his sport and that of the Olympic Movement.

“The IOC Executive Board expresses its thanks and great respect for this personal gesture by Mr Aján.”

Aján has been at the IWF since 1976, serving 24 years as general secretary and the past 20 as President.

His fifth term as President was due to run until May next year, and at the age of 81 he said he would not stand again.

Aján stepped aside pending an investigation, led by Canadian lawyer Richard McLaren, into the claims made in the documentary.

The Hungarian has been replaced by Ursula Papandrea of the United States, who will head an Oversight and Integrity Commission “whose responsibilities will include identifying, nominating and recommending independent experts in fields including anti-doping and financial reporting”, according to the IWF.

The new Commission will report to the Executive Board and the IWF Congress, scheduled for Bucharest on March 11 to 13.

Aján’s membership of the IOC was linked to his function as IWF President and he was elevated to honorary status after reaching the age limit of 70.

During his time on the IOC, Aján served as a member of four commissions – Sport for All, sub-commission on Out-of-Competition Testing, Olympic Movement and International Relations.