SIMONA HALEP WITH A POSITIVE TEST FOR THE BANNED SUBSTANCE ROXADUSTAT

According to the announcement of the International Tennis Integrity Agency (ITIA) of the World Tennis Federation, the Romanian tennis player Simona Halepova was, after the analysis of the control sample taken at the US Open in August of this year. tested positive for the banned substance roxadustat. 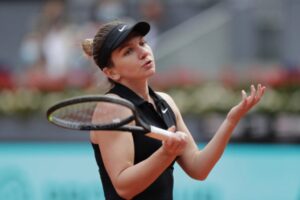 Roxadustat is listed on the List of Prohibited Substances 2022 as a prohibited substance from group S2. – peptide hormones, growth factor and similar substances and mimetics – Subgroup 1.2. under the name Roxadustat (FG-4592);

It is a medicinal preparation that is used in medical practice as a medicine against anemia and is taken orally. Roxadustat is a HIF prolyl hydroxylase inhibitor that directly increases endogenous erythropoietin production and acts as a stimulator of hemoglobin and red blood cell production.

Roxadustat was approved for medical use in the European Union in August 2021, under the name Roxadustat (FG-4592, Rox), in Slovakia it is distributed under the name EVRENZO and is registered by the State Institute for Drug Control (SUKL)

The use of roxadustat in sport is subject to a zero-tolerance occurrence and any amount of the banned substance is considered positive, with the likely consequence of a ban from sporting activity for a period of four years.