The Polish Minister of Sports and Tourism will take office as President on 1 January 2020. 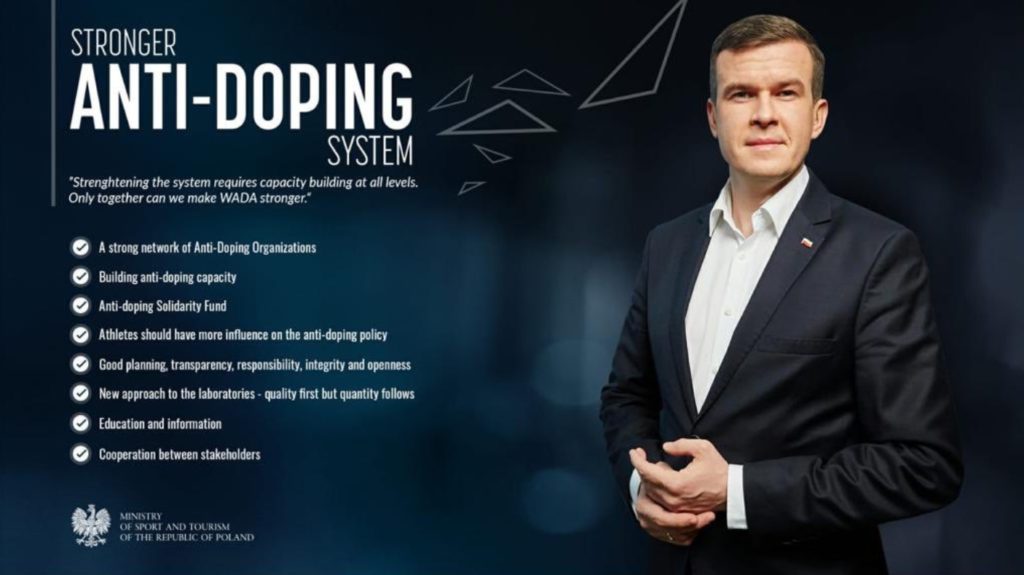 The election of the new WADA President took place during the Montreal WADA Foundation Board Meeting on May 14, 2019. Although he is currently nominated as President, his candidacy still needs to be approved by the World Conference on Doping in Sport, which will take place in Katowice on May 5-7 November 2019.

“ A very important day for me and for Poland!  PA representatives decided to choose me as the candidate to the position of the WADA President! ” / „Bardzo ważny dzień dla mnie i dla Polski! Decyzją wszystkich kontynentów zostałem wybrany wspólnym kandydatem na Prezydenta WADA!” commented the Sports Minister on Twitter.

Witold Bańka, a native of Tychow, is a graduate of political science at Silesian University. As a sportsman, he won a bronze medal at the Osaka World Athletics Championships in 2007 in a 4 × 400 meter relay race. Since 2015 he has been Minister of Sport and Tourism in the Government of Beata Szydło and Mateusz Morawiecki.