IDITAROD DOPING MYSTERY: WHO SLIPPED TRAMADOL TO THE DOGS? 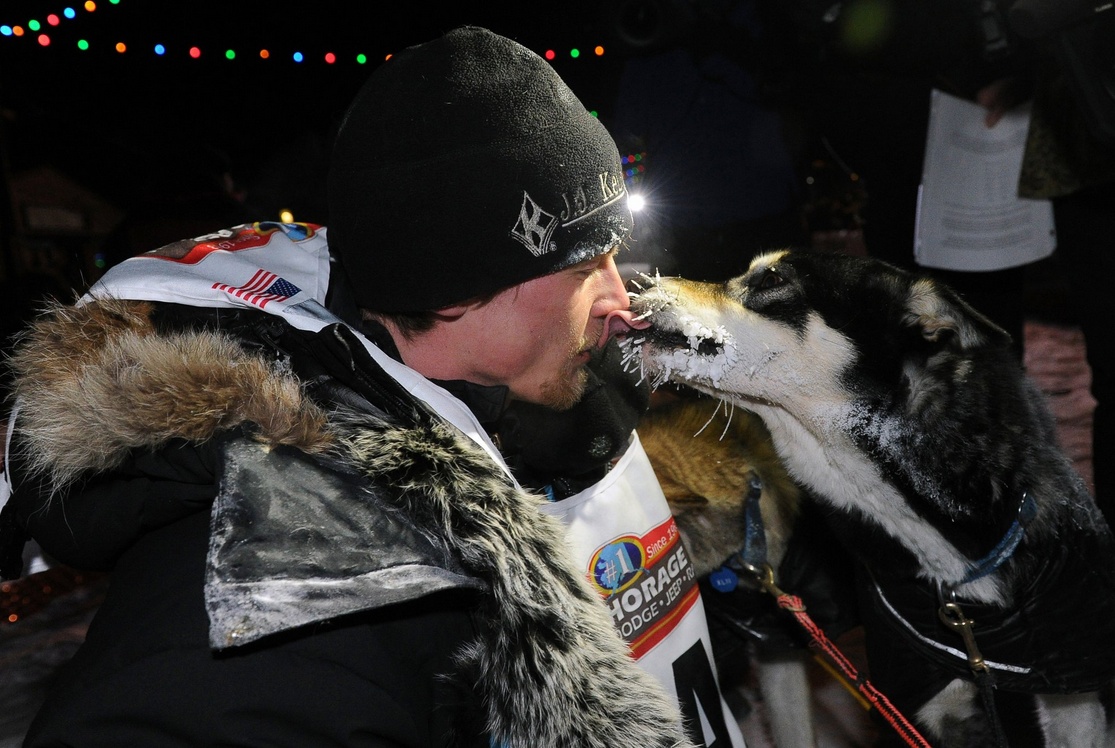 Dallas Seavey got a kiss from one of his dogs after winning the 2014 Iditarod Trail Sled Dog Race.

Just when the sports world thought it had heard it all in doping — someone spiked my toothpaste, a masseur rubbed me with tainted ointment, those unexplained stem cells in my blood came, of course, from my unborn twin in utero — along comes the Iditarod.

A doping scandal has hit the world’s most famous dog-sled race, the 1,000-mile trek through Alaska that ends in Nome each March. Four dogs on a team run by Dallas Seavey, a four-time champion and the most dominant musher in the sport, tested positive last spring for high levels of Tramadol, an opioid pain reliever.

Seavey finished second at this year’s Iditarod behind his father, Mitch, who ended his son’s three-year winning streak. The younger Seavey was identified as the doping dogs’ musher on Monday, lifting the sport into headlines and punch lines.

There is no proof that Seavey was the one who gave his dogs the drug, and he sternly claimed his innocence in a nearly 18-minute soliloquy posted to YouTube on Monday. He suggested a likely, if familiar, explanation: sabotage.

“Sabotage is a likely case,” Seavey said. “If it was not another musher — and believe me, I hope it was not — there are many other people that could do the same thing.”

It was a familiar response in the sports world. When confronted with allegations of doping, deny. When pressed, raise a possible explanation, no matter how outlandish it sounds.

One thing that makes this case different — besides the athletes in question being dogs, not humans — is that many of Seavey’s competitors believe his excuse. Several top mushers defended him and echoed his theory that something unknown and untoward was at play in the backwoods of Alaska.

“I don’t believe for a second he did it — not for one second,” said Jessie Royer, who finished fifth at the Iditarod. “He’s not that way. He’s an honest, hardworking person, and he sure as hell isn’t dumb enough to give dogs Tramadol hours before a drug test.”