RODCHENKOV ANTI-DOPING ACT SIGNED INTO LAW BY US PRESIDENT

The Rodchenkov Anti-Doping Act, which gives United States officials the power to prosecute individuals for doping schemes at international sports competitions involving American athletes, has been signed into law. 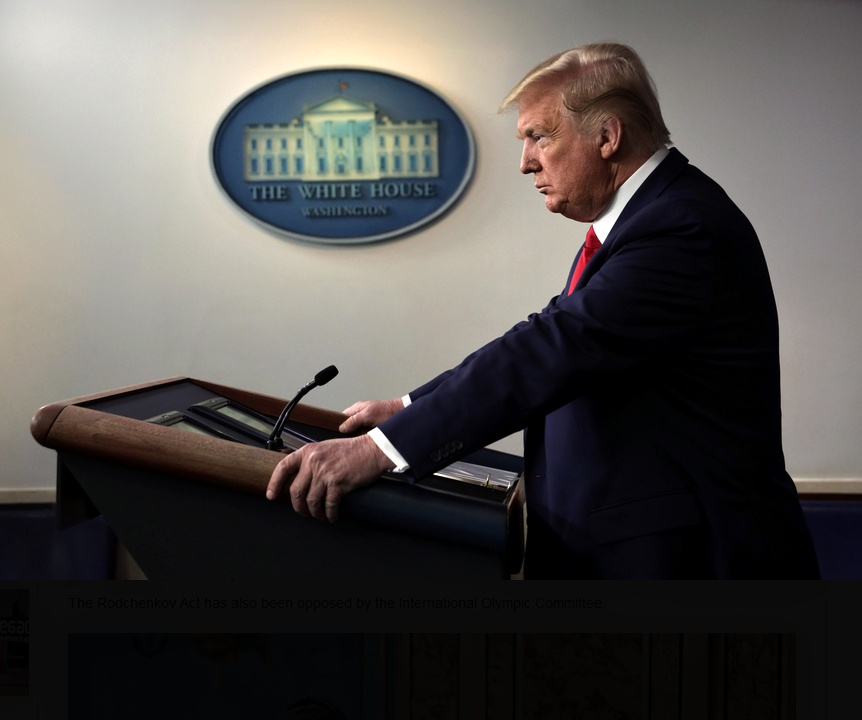 Passed by the US Senate last month, President Donald Trump has on December 4th, 2020 signed the contentious legislation into law.

Named after Russian whistleblower Grigory Rodchenkov, it gives prosecutors the ability to seek fines of up to $1 million (£766,000/€845,000) and prison sentences of up to 10 years for doping conspirators at events involving US athletes, broadcasters and sponsors.

While individual athletes who used performance-enhancing drugs would not be subject to criminal prosecution under the law, the World Anti-Doping Agency (WADA) has frequently objected to it.

Last month, WADA warned that it would undermine the global anti-doping movement by placing international cooperation in jeopardy, and highlighted that no other nation has extra-territorial jurisdiction in this field.

Officials from the global watchdog, including President Witold Bańka, have cited the fact that it does not cover professional athletes in the US in sports such as baseball, basketball and ice hockey as a concern.

Bańka also warned it was imperative that “WADA’s mandated investigative capacity is not diminished” by the Rodchenkov Act.

It is a major bone of contention between the US and WADA, and relations between the two have been fractious in recent times.

The US Office of National Drug Control Policy even threatened to pull its $2.9 million (£2.2 million/€2.5 million) funding to WADA earlier this year, although leaders of the two organisations subsequently held what was described as a “very positive meeting” in November.

The Rodchenkov Act has also been opposed by the International Olympic Committee.