The World Anti-Doping Agency (WADA) announces that the Agency and its independent Compliance Review Committee (CRC) permit the Russian Anti-Doping Agency (RUSADA) to plan and coordinate testing. RUSADA is authorized to do so, using its trained Doping Control Officers (DCOs), under the supervision of WADA-appointed International Experts and the UK Anti-Doping Agency (UKAD).

On 18 May 2017, WADA’s Foundation Board accepted the CRC’s recommendation to this effect, pending fulfillment of requirements by Russia, which WADA and the CRC are now satisfied have been fulfilled. These requirements include:

“While there is still more to be done, WADA recognizes this milestone as a key component of the Roadmap towards compliance,” said Sir Craig Reedie, President, WADA.  “After much work by the Agency and its partners, resumption of testing represents an important step forward in rebuilding anti-doping in Russia,” Reedie continued. “We strongly encourage Russia to continue their efforts in the interest of clean athletes worldwide.” 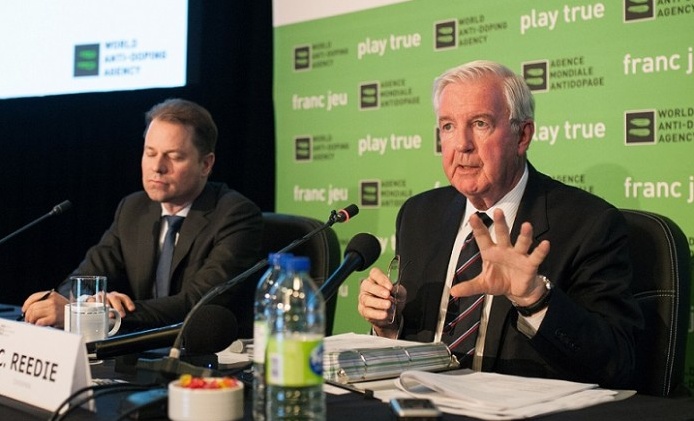 The World Anti-Doping Agency (WADA) President Craig Reedie (R) and Director General Olivier Niggli (L) at a press conference in Montreal on May 18, 2017.

“At this juncture, WADA would also like to acknowledge the efforts of all involved in working alongside the Agency to rebuild a credible anti-doping system in Russia,” said Olivier Niggli, Director General, WADA. “We would particularly like to recognize UKAD, which has ensured that targeted and intelligence-led testing be carried out on athletes inside and outside of the country during RUSADA’s period of non-compliance,” Niggli continued. “UKAD’s work in Russia is an excellent example of how an established and world-renowned National Anti-Doping Organization (NADO) can help mentor another NADO in need of support.”

RUSADA, which WADA declared non-compliant with the World Anti-Doping Code (Code) in November 2015, remains non-compliant until such time as they meet the remaining reinstatement criteria that is outlined within an agreed roadmap. The roadmap includes a full audit by WADA of RUSADA’s anti-doping operations and is tentatively scheduled for September 2017.