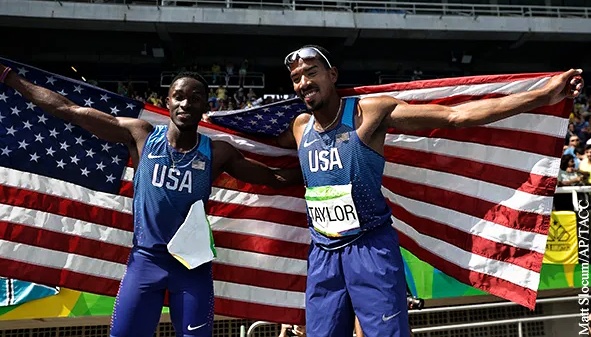 Conflict erupted between the United States and the World Anti-Doping Agency (WADA). America threatens to strip WADA of its contributions. The resumption of funding will depend on whether the influence of the States increases in the World Agency. WADA responded by threatening to excommunicate American athletes from the Olympics. But without Americans, competition at any level could lose the main component of sports – money.

The World Anti-Doping Agency (WADA) will bar American athletes from participating in the Olympic Games if the United States refuses to fund this international organization. With such a warning on Friday, the head of the agency Vitold Banka made. He explained: WADA was approached by the governments of “a number of countries in the world,” which were “shocked by the threats from the US authorities.”

The idea of ​​the Washington authorities to cut off the financing of WADA was also supported by the US National Anti-Doping Agency (USADA), said Banka. On this basis, the US agency may be declared inconsistent with the WADA code. This will mean that athletes from the United States may not be allowed to participate in major international competitions, the head of the World Agency warned.

This was, albeit somewhat belated, WADA’s response to tough statements by the US State Administration for Drug Control Policy (ONDCP). At the beginning of the summer, this department proposed to Congress to consider the issue of stopping financing of the World Anti-Doping Agency, if WADA does not start some reforms aimed at increasing “transparency” and “independence”.

Now that WADA has pledged sanctions against American athletes, it is time for an outrage in Washington. USADA chief Travis Tygart called Banya’s threats shameful. “Threatening athletes in one country because of WADA’s flawed governance model is disappointing … Something is wrong when a global regulator attacks one of its key partners, who does everything to comply with the rules, but turns a blind eye to a country like Russia that runs a state-sponsored doping program. It’s incredible hypocrisy, “Tygart said.